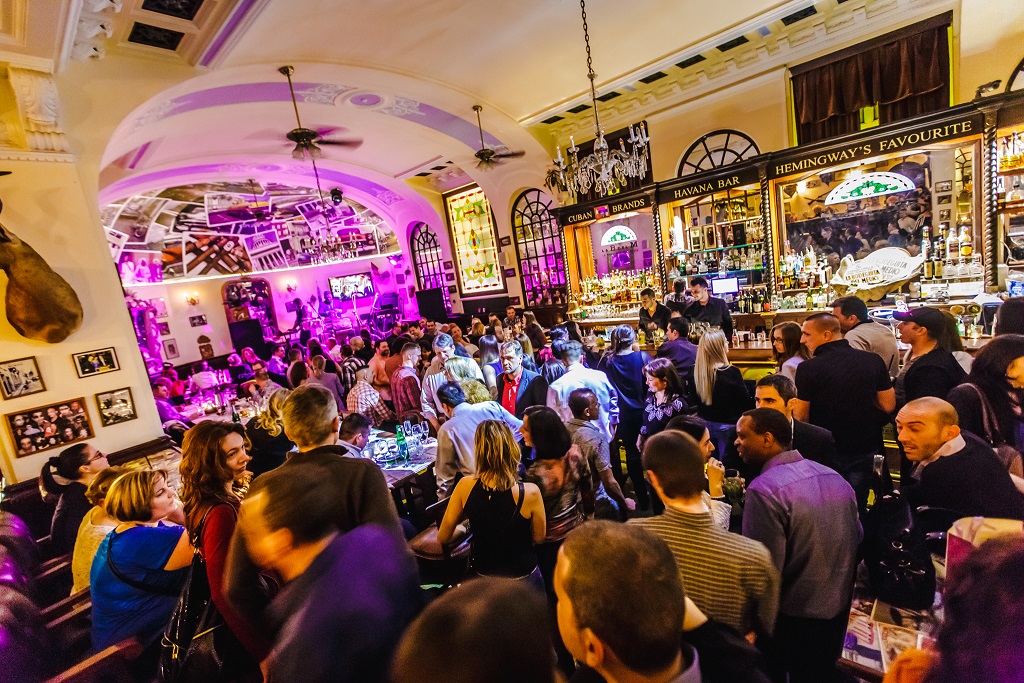 The most authentic caribbean restaurant of Budapest! LetВҙs get back into the war times of past century, into 1942, when Mr. Angel MartinГ©z Borroto let himself be led by his own business intuition and he made the decision to buy a tiny little store in Empedrado street, at those times located in a fortified part of historical Havana, and he started his little business called La Casa MartinГ©z. Right afther that, Felito AyГіn, a very close friend of MartinГ©z, opend his own printing shop, not so far from La Bodeguita. As he didnВҙt have his own telephone, AyГіnВҙs clients used to visit La Bodeguita to make phone calls. This was of course a good reason to enjoy a nice glass of rum every time they visited this cosy place.

One of the most famous guests of La Bodegiuta, among many others was Nikolas GuillГ©n, a classical cuban poet, as well as Alejo Carpentier, a famous novelist. As the time went by, La Bodeguita became a very remarkable and favourite place for intelectuals and artists of all kinds and not less for common Bohems. We can proudly acclaim that La Bodeguita became an exclussive place for advanced thinking latin-american intelectuals and artists coming from all over the world.

At the beginning, the La Bodegita life and happening was focused at the bar. Later on, MartinГ©zВҙs wife, also called Armenian thanks to her ancestry, started to prepare little somethings and snacks to enjoy with a drink. The main daily meal used to be CONGRГҚ, a combination of black beans served with white rice, also described as вҖһMaur and ChristiansвҖң food. She also served Masas de puerco fritas,fried pieces of pork and Tastanes de plГЎtano, which were fried banana crisps or little banana pancakes. This was the way how MartinГ©z tried to meet his guestsВҙrequirements, but he was generous indeed as for being paid only for serving drinks.

In 1950, MartinГ©z renamed his Inn from La Casa MartinГ©z to La Bodeguita del Medio, as this was actually a name the regulars tagged it with and had got to use it for a long time. In the 50Вҙs of the last century, La Bodeguita was an inportant place for social and cultural life for many famous people from all over the world such as Nat King Cole, an american singer, Ernest Hemingway, the Nobel prize winner for literature, also Brigitte Bardot, known as an idol for women all over the world as well as a beautiful italian actress, Sophia Loren, and not forgetting to mention names such as Spence Tracy, an american actor, Errol Flynn, Austin Lara or Mario Moren. All these famous icons including top-class cuban intelectual attracted more and more enthusiastic faithful visitors in La Bodeguita. La Bodeguida del Medio is the most famous and traditional cuban restaurant - bar in the world, formely established in a little store in La Habana Vieja (the Old Havana). It became a popular place, where many intellectuals used to meet to have an informal lunch or business meetings, where many of them became one of the most important representatives of cuban cultural life of past century, leaving a never-dying historical track. Awarded with lots of prizes and so many domestic and international honors, it is considered to be a вҖһMOJITO CathedralвҖң, one of the most famous and most-loved drinks all over the world.

Located in 207 Empedrado street in Old Havana, a mankind cultural heritage can be, according to saying, found exactly a hundred paving bricks away from Cathedral de la Habana, a monumental artwork of american baroque in Cuba. As you enter the place, you immerse yourself into a delicate scent of fresh mint, such a healing herbal remedy for your digestion, which gives Mojito the immutable taste of the most famous cuban coctail. This is the right place to taste luxurious creole meals while being pulled into the tunes of traditional melodies performed by a local trio.

In 1942, ГҒngel MartГӯnez Borroto, a Cuban, bought this tiny store in Empedrado streed and called it вҖһLa Casa MartГӯnezвҖң (MartГӯnezВҙs house). Felito AyГіn, such a charismatic cuban editor, opened his printing store close to вҖһLa Bodeguita del MedioвҖң. Straight after that, his clients learned to go to MartinГ©zВҙs place to make phonecalls and enjoy a nice glass of delicate rum at the go.

No doubts, La Bodeguita is and always will be representing the вҖһLa BohemsВҙвҖң lifestyle in Havana. Artists, intellectuals, politics or anyone else will spot a place at La B del M while enjoying a nice walk or HavanaВҙs sightseeing. This mysterious little house in a colonial style from the 19th century, appareantly holds one of the oldest and most valuable collection of signatures, photographs, and memories in the world.

Among all the famous figures, one of the first most well-know guests were NicolГЎs GuillГ©n, a national poet and Alejo Carpeintier, who was an extraordinary writer.

Every day, there were regular guests asking for little snacks and meals that ArmГ©nia, MartinГ©zВҙs wife, prepared for the employees who worked in the Inn. She mainly served cooked rice, black beans, pork knuckles, manioca, pork meat and fried green bananas. Thanks to MarinГ©zВҙs hospitality, even after his death, he became an вҖһEl excelente anfitriГіnвҖң (an etraordinary host). In 1950, MartinГ©z decided to change the rename his Inn to La Bodeguta del Medio, as people got to call it for such a long timeвҖҰ

Untill now, this little authentic cuban world, such a hospitable and cheerful place, still keeps welcoming guests from all over the world and remains a favourite place for worldwide celebrities who come to our вҖһIsla GrandeвҖң (the Great Island). 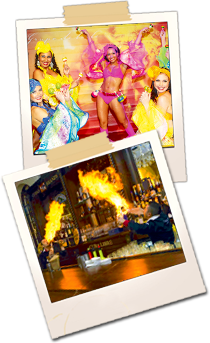